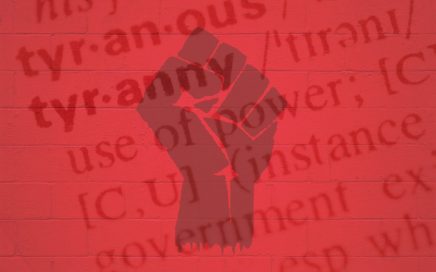 Nullify Government Tyranny: In 2020, Harness the Power of Your Discontent

By John W. Whitehead December 30, 2019 “The people have the power, all we have to do is awaken that power in the people. The people are unaware. They’re not educated to realize that they have power. The system is so geared that everyone believes the government will fix everything. We are the government.”—John Lennon Twenty […] 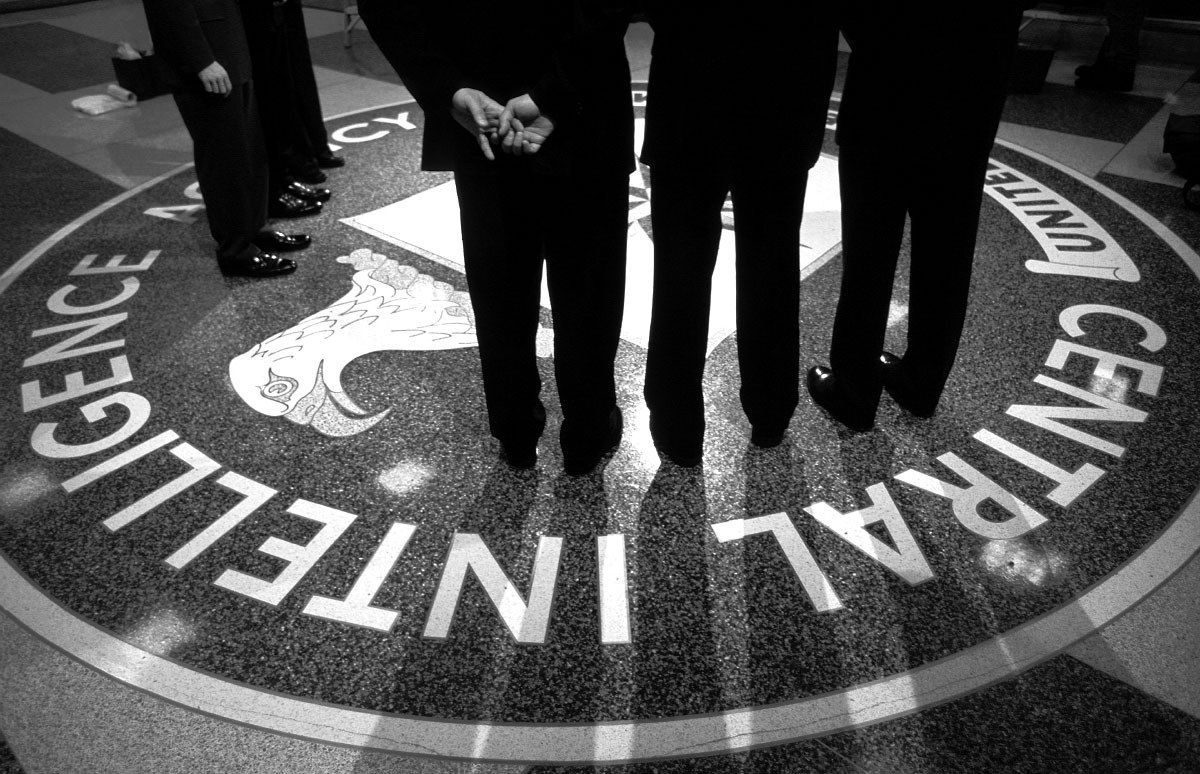 ‘Eyewash’: How the CIA Deceives its own Workforce About Operations

By Greg Miller and Adam Goldman Washington Post Senior CIA officials have for years intentionally deceived parts of the agency workforce by transmitting internal memos that contain false information about operations and sources overseas, according to current and former U.S. officials who said the practice is known by the term “eyewash.” Agency veterans described the […] 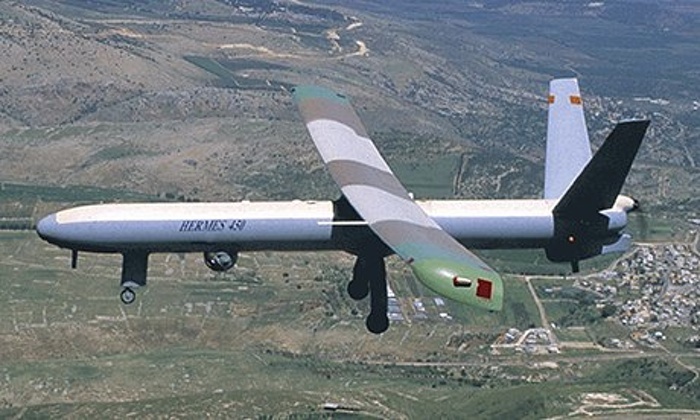 By Heather Linebaugh December 29, 2013 The Guardian Whenever I read comments by politicians defending the Unmanned Aerial Vehicle Predator and Reaper program – aka drones – I wish I could ask them a few questions. I’d start with: “How many women and children have you seen incinerated by a Hellfire missile?” And: “How many men have […] 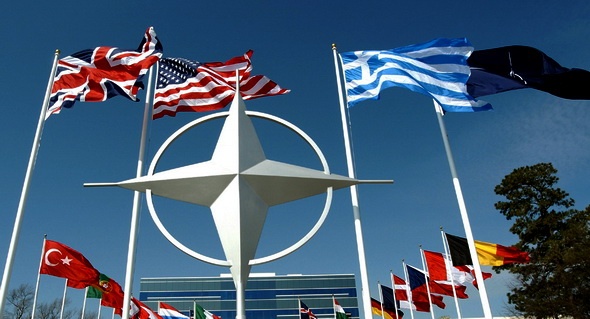 The Globalization of NATO: Military Doctrine of Global Warfare

By mahdi darius nazemroaya November 26, 2013 Ron Paul Institute The world is enveloped in a blanket of perpetual conflict. Invasions, occupation, illicit sanctions, and regime change have become currencies and orders of the day. One organization – the North Atlantic Treaty Organization (NATO) – is repeatedly, and very controversially, involved in some form or another […] 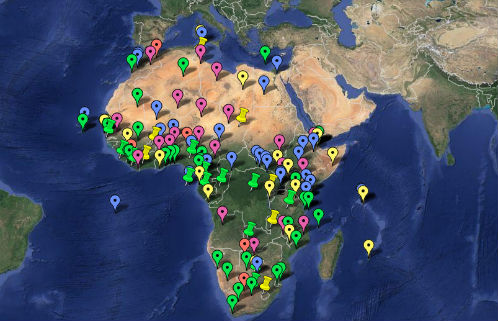 AFRICOM: The US Pivot to Africa

By Nick Turse September 29, 2013 Ron Paul Institute They’re involved in Algeria and Angola, Benin and Botswana, Burkina Faso and Burundi, Cameroon and the Cape Verde Islands.  And that’s just the ABCs of the situation.  Skip to the end of the alphabet and the story remains the same: Senegal and the Seychelles, Togo and Tunisia, Uganda and Zambia.  From […] 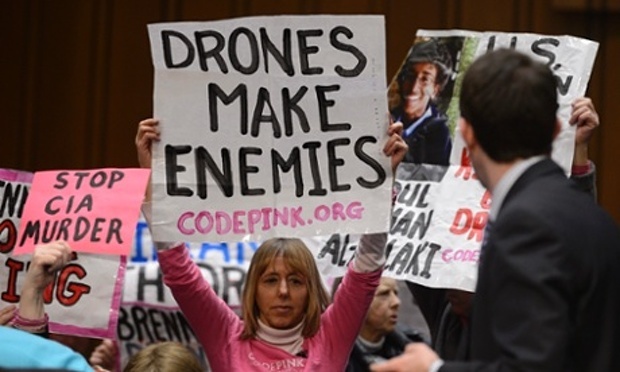 Dealing Remote-Control Drone Death, the US has Lost its Moral Compass

By Akbar Ahmed and Lawrence Wilkerson The Guardian May 17, 2013 The armed drone is being heralded as the next generation of American military technology. It can fly overheard with its unblinking eye, almost invisible to its targets below. Without warning, its missiles will strike, bringing certain death and destruction on the ground. All the while, […]

Wag the Dog: How to Conceal Massive Economic Collapse

…”Good morning. At this moment, somewhere in the world, terrorists are planning new attacks on our country. Their goal is to bring destruction to our shores that will make September the 11th pale by comparison.” — George W. Bush, Feb. 13, 2008…

“…For U.S. citizens, however, the combination of NGA imagery and NSA signals intelligence in a domestic situation could threaten important constitutional safeguards against unwarranted searches and seizures. Kate Martin, the director of the Center for National Security Studies, a nonprofit advocacy organization, has likened the NAO plan to ‘Big Brother in the Sky.’ The Bush […]

“…Did you know that police officers are actually government corporation security guards? It’s true. As a matter of fact, many police uniforms contain the words, “Corporate Police” on the hat or jacket. Police officers work for evil governments. They support evil. They are evil…” 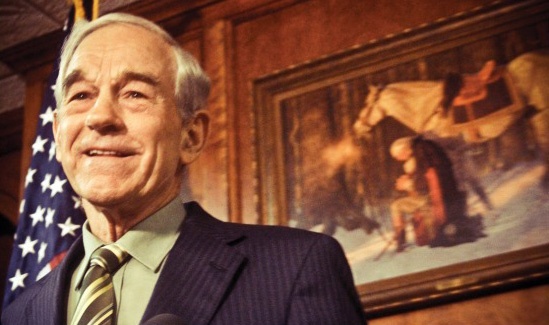 Dr. Ron Paul of Texas. Mr. Paul is a staunch advocate of limited constitutional government, low taxes, free markets, and a return to a sound monetary policy based on commodity-backed currency. Dr. Paul is a candidate for President in 2008, get involved now here. The following is one of his weekly “Texas Straight Talk” columns, […]

“…The International Atomic Energy Agency says that there is no evidence that Iran has a nuclear weapons program. The IAEA is the institution that polices the Nuclear Non-proliferation Treaty by inspecting the nuclear facilities of the signatories to the treaty of which Iran is one. However, the neocon/Cheney/Bush regime is prepared to bomb Iran on […]

A Coup Has Occurred

“…Why were British soldiers sent to kill Iraqis and Afghans? September 11 had nothing whatsoever to do with the UK. No doubt but that the corrupt Tony Blair was paid off to drag the British people into Bush’s Middle East war for American/Israeli hegemony, but Brown has done nothing to terminate Bush’s use of the […]

“…This article is about backgrounds of the US war against Afghanistan. It is about oil, gas and pipelines around the Caspian Sea. To transport oil and gas from the east side of the Caspian Sea, pipelines had been planned through Afghanistan. Because a US company, UNOCAL, failed to control  the Afghan route, the war was […]

From Hiroshima to Iraq, 61 years of Uranium Wars

“…The blueprint for depleted uranium radioactive poison gas weaponry – dirty bombs, dirty missiles and dirty bullets – was contained in a declassified memorandum(9) dated Oct. 30, 1943. It was addressed to Gen. Leslie Groves, who was head of the Manhattan Project, the U.S. effort to build atomic bombs in World War II…The recommendation for […]

“…Non-Lethal munitions applications will be used by military personnel to apply the minimum force necessary while performing missions of crowd control and area security at key facilities around the globe… These devices will aid military forces/commanders in situations of hostages rescue, capture of criminals, terrorists, or control of other adversarial persons… ”

“…The Bush administration has admitted that covert actions of an aggressive nature were applied against Iran and Syria. The stated objective was to wreck the countries’ economies and currency systems…”

“…Why is the US spending one trillion dollars on wars, the reasons for which are patently false. What is going on…”

Dr. Ron Paul of Texas. Mr. Paul is a staunch advocate of limited constitutional government, low taxes, free markets, and a return to a sound monetary policy based on commodity-backed currency. Dr. Paul has now announced his candidacy for President in 2008, get involved now here. The following is one of his weekly columns, courtesy […]

“…9-11 is one of the most infamous days of our current time. Many people experienced the events of that day with surprise, shock, sadness, and anger. I am one of them. All of these emotions clouded my judgment until I early on discovered an entire, very credible counter culture for lack of a better term […]

“…So stupid are we, the government has confidence it can get away with telling the most outrageous lies. Rob Portman, Bush’s “budget” director, told the House Budget Committee “Bush’s plan projects a $61 billion budget surplus in 2012 while assuming only $50 billion in war costs in 2009 and none after that…”

The Empire Turns Its Guns On The Citizenry

One member of Congress to pay attention to in the District of Columbia is Congressman Dr. Ron Paul of Texas. Mr. Paul is a staunch advocate of limited constitutional government, low taxes, free markets, and a return to a sound monetary policy based on commodity-backed currency. Fortunately for all of us whether a resident of […]

“…Depleted uranium has been used for years in construction of weapons, aircraft, ships, buildings and in just about any other area of modern industry where there is a need for an extremely dense and very inexpensive material. Not surprising that the governments around the world have researched at least some health and environmental risks of […]

The Irrelevance of Military Victory

“…Astonishingly, American taxpayers now will be forced to finance a multi-billion-dollar jobs program in Iraq. Suddenly the war is about jobs! We export our manufacturing jobs to Asia, and now we plan to export our welfare jobs to Iraq – all at the expense of the poor and middle class here at home…”

Only Impeachment Can Stop Him

“…The “surge” is merely a tactic to buy time while war with Iran and Syria can be orchestrated. The neoconservative/Israeli cabal feared that the pressure that Congress, the public, and the American foreign policy establishment were putting on Bush to de-escalate in Iraq would terminate their plan to achieve hegemony in the Middle East…”

“…The Democrats are silent as the Bush regime prepares for war against Iran — silent in the face of a potential nuclear mass murder — even a global war. Silent in the face of an attack that could cause an utter meltdown of the global economy, a 1930s style Depression that would send millions, perhaps […]

One member of Congress to pay attention to in the District of Columbia is Congressman Dr. Ron Paul of Texas. Mr. Paul is a staunch advocate of limited constitutional government, low taxes, free markets, and a return to a sound monetary policy based on commodity-backed currency. Fortunately for all of us whether a resident of […]

Desperate Neocons, More Dangerous than Ever

“No one has worked more assiduously for military action than Michael Ledeen, a neocon field marshal, who writes frequently about the ‘horrors’ of Iran’s mullahocracy,” explains de Borchgrave. “His National Review Online commentary Nov. 1 was headlined ‘Delay.’ Mr. Ledeen has grown impatient over Mr. Bush’s dangerous postponement of what he considers inevitable. ‘If the […]

“…We seem to have arrived not only at 1984 but taken off for an unbidden future of governmenta Total Information Awareness (TIA from DARPA) to be used in a new kind of warfare, not only on enemies, but on the people, too. …”

The Sheriff: A Necessary Office

“…The county sheriff is being introduced to a maneuver that will gradually eliminate him by a merger with federal marshals.  Already under threat by an Advisory group,[1] the traditional American constitutional sheriff will be divested of his authority.  He will lose his control over the jails and the courts, and all civilian law enforcement will […]

The Military Commissions Act of 2006 governing the treatment of detainees is the culmination of relentless fear-mongering by the Bush administration since the September 11 terrorist attacks.

“…The core of this effort is a little-known system called Analysis, Dissemination, Visualization, Insight, and Semantic Enhancement (ADVISE). Only a few public documents mention it. ADVISE is a research and development program within the Department of Homeland Security (DHS), part of its three-year-old “Threat and Vulnerability, Testing and Assessment” portfolio. The TVTA received nearly $50 […]

The Five Pillars of the U.S. Military-Industrial Complex

“…The military-industrial complex needs wars, many and successive wars, to prosper. Old military equipment has to be repaired and replaced each time there is a hot war. But to justify the enormous costs of developing ever more deadly weapons, there needs to be a constant climate of fear and vulnerability. For example, there are many […]

Chavez to the UN: “Rise Up Against the Empire”

“…I think we could call a psychiatrist to analyze yesterday’s statement made by the president of the United States. As the spokesman of imperialism, he came to share his nostrums, to try to preserve the current pattern of domination, exploitation and pillage of the peoples of the world…”

“…According to the North American Aerospace Defense Command (NORAD), 11 high-altitude airships would provide overlapping radar coverage of all maritime and southern border approaches to the continental U.S., and may be a significant asset in homeland defense efforts. The Stratospheric Platform System (SPS) dirigible operates just barely within the outer limits of the earth’s atmosphere […]

Senate Puts Another Nail in the Coffin of the 4th

“…As noted here on numerous occasions, the government has snooped in earnest on Americans for decades, beginning officially with the creation of the National Security state on November 4, 1952, and authorized earlier in a letter written by President Harry S. Truman in June of 1952. From the beginning, the NSA and the CIA have […]

“…My intent of this article is to provide the springboard for your own research. Do NOT take my word for it. But I beg you, do not dismiss this information due to the emotional difficulty of facing this evidence, or due to your inability to even entertain the thought of where this evidence leads, or […]