As posted on MassprivateI

“As I have said many times, we are in a new phase of the global terrorist threat, requiring a whole new type of response,” Johnson said. “We have moved from a world of terrorist-directed attacks to a world that includes the threat of terrorist-inspired attacks.”

DHS propaganda is so unbelievable, they even have a guide book called “Terminology To Define Terrorists” which instructs them on how to use appropriate terminology when describing the latest terrorist threat.

DHS’s handbook exposes the war on terror for what it truly is; propaganda. Below are a few excerpts taken from DHS’s guide book “Expert Recommendation 7” section.

“Given the current threat environment, it is the cop on the beat that may be the first to detect the next terrorist attack in the United States,” Johnson said, quoting his speech at a New York City police graduation in December.

According to the CN article, DHS also wants communities to report suspicious people to the police.

The frontline of the fight against self-radicalized terror threats is not just tactical, Johnson said, noting that it also involves building law-enforcement relationships in communities, especially among Muslims.

“Well-informed families and communities are the best defense against terrorist ideologies,” Johnson said.

To that end, DHS has created an Office of Community Partnerships which encourages communities nationwide to spy for them!

“In this new Office, we will consolidate and reassign key personnel who are dedicated to countering violent extremism, but who are presently working in various different components of this Department. Longer term, we intend to call upon DHS personnel in field offices across the country to take part in our efforts at building community partnerships, under the coordination of this Office. The Office will coordinate its efforts with other departments and agencies in the federal government, and with similar efforts at the state and local government level.” 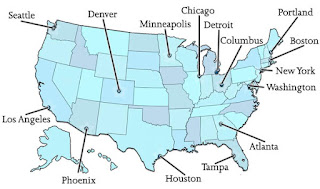 “Finally, DHS’s Office for Civil Rights and Civil Liberties (CRCL) has been integral in our efforts at engaging communities, and they will continue to be. Civil rights and civil liberties are invariably part of the discussion when this Department engages communities. CRCL will therefore participate with the Office for Community Partnerships when we engage communities. More specifically, as we enter this new phase of our efforts, CRCL will, in consultation with the Office for Community Partnerships, continue to lead, improve and expand this Department’s community engagements, including Community Engagement Roundtables, Town Hall Meetings, and Youth Forums across the country.”

“These events range from public town halls on current incidents or issues to focused meetings and listening sessions with targeted stakeholders to include religious leaders, recent immigrants, law enforcement, local government, disability groups, etc. As a result of these consultations, we have received valuable input on DHS policy and also developed products to facilitate communication with diverse communities; including a guide on appropriate terminology to use when describing the terrorist threat.”

Politicians want the Feds to spy on social media:

The U.S. Immigration Dept. is spying on our social media.

The Immigration department reviews social media accounts of higher-risk refugees, though the long-term goal is to search the accounts of everyone seeking refugee status, according to Leon Rodriguez, director of U.S. Citizenship and Immigration Services.

The American Police State is so paranoid they even suspect innocent people.

“Rep. Lamar Smith asked how the DHS would handle refugees who have a clean slate, meaning there is no information on them from intelligence agencies — though this does not necessarily indicate innocence, he said.”

DHS wants people who have not committed a “serious crime to come out of the shadows” and report themselves to law enforcement!

“Johnson went on to say President Barack Obama and the department are encouraging people who have lived in the country, are parents of U.S. citizens, and have not committed a serious crime to “come out of the shadows” and ask for deferred action on their immigration status.”

With each passing day, law enforcement is becoming more and more like the Gestapo and the NKVD.